Hope Which Does Not Disappoint (1)

We need greater and lesser hopes on the path of life. But they are insufficient without the great Hope, and this is God with a human face. He gives us everything, and that is that which belongs to Hope. His very love, of the Crucified and Resurrected One, enables us that in soberness and in spite of the imperfections of the world we resist everything not losing the slightest hope. His love is simultaneously a guarantee that He give us that which we suspect in the dark. The practical center and practice site for hope is in the Church, in the temple – the space and school of hope.

The inner man expands with prayer. The Holy Apostle Paul testifies of the reaching out to the one who is coming (Phil. 3:13). The heart needs to be expanded and cleansed that God might enter. We open ourselves for grace with pain and effort. In this way we open up ourselves for others. For, praying does not mean we let go of history and reality. Of course, we have to learn that we cannot pray against others, but prayerfully recognize our fault, the numbness of our conscience and the inability of recognizing our sins and evil deeds. This is why prayer with God awakens my conscience, and allows us to hear only the good. Here the personal and communal prayer is assumed, the prayer of the Church and all the Saints. The rule of faith and the rule of prayer go together.

Ora et labora – every true and real action of man and work with prayer is hope in action. It is important to know that in spite of our deeds and merit the opened heavens are a gift from God. We, truly, can open the doors for the entrance of grace in our hearts. The co-workers of God did this. Digging within oneself sources of creation and cooperation is the goal of our time in this life. For, actions and creation belong as a part of man’s existence. Even when evil triumphs, we need to have courage and endure to the end. Man must do his best to lessen suffering and soothe the pain in going beyond the pains of the soul. Only God can help us in all of this, who also suffered. Often people avoid pain only wanting pleasure and for this reason do they fall in a state of numbness of indifference for oneself or others. However, man is not saved by avoiding and escaping the accepting of suffering , but the ability to accept suffering with the help of Christ, with the help of the Church.

The criterium of humanity is essentially determined by its relation to suffering and the one suffering. This goes for the individual and the community. In just the suffering which is divided among others the Light of loves reaches out. In other words, Truth and Justice must stand above my conformism. Otherwise, life becomes a lie. The proof of love is the source of suffering, and love always seeks one’s renouncing in which I am limited and sore. In this state of sacrifice we need Faith, which in a newer and deeper manner announces the capability of the manner of suffering.

Would you like, O Christian, for the small errors you commit as a man, either with your eyes or with your ears, to be forgiven? Draw near to the Mysteries with fear and with a broken heart, and they will be remitted and forgiven. St. Anastasios of Antioch confirms this:

If we fall into some small, pardonable sins on account of our being human, either with our tongue, our ears, our eyes, and we fall as victims of deceit into vainglory, or sorrow, or anger, or some other like sin, let us condemn ourselves and confess to God. Thus let us partake of the Holy Mysteries, believing that the reception of the divine Mysteries is unto the purification of these small sins (though not the grave and evil and impure sins which we may have committed, regarding which we should seek the Mystery of Confession).

Many other Saints also attest to this. The divine Clement of Rome says: “Having partaken of the precious body and precious blood of Christ, let us give thanks to Him who has deemed us worthy to partake of His Holy Mysteries, and ask that these may not be unto our condemnation, but unto our salvation… unto the forgiveness of sins.”

St. Basil the Great says: “And make them worthy to partake without condemnation of these, Thine immaculate and life-giving Mysteries, unto the forgiveness of sins.” (Divine Liturgy of St. Basil the Great, Prayer after the Lord’s Prayer.)

The divine Chrysostom says: “That to those who shall partake thereof they may be unto vigilance of soul, and unto forgiveness of sins.” (Divine Liturgy of St. John Chrysostom, Prayer after the sanctification of the Gifts.)

All of these great and supranatural dignities and graces of which we have spoken until now are received by every Christian who partakes of the divine Mysteries of our sweetest Jesus Christ with a pure conscience; and indeed even more than these are received, which we have not mentioned for the sake of brevity.

After one receives Communion, he thinks about the dread and heavenly Mysteries of which he partook, and so he takes heed to himself so as not to dishonor that grace. He fears his thoughts [logismoi], shrinks away from them, and protects himself from them. He begins a more correct and virtuous life, and, as much as is possible, abstains from every evil. When he begins to think about the fact that he will be receiving Communion again in just a few days, he doubles his efforts to watch over himself. He adds zeal to zeal, self-control to self-control, vigilance to vigilance, labors upon labors, and he struggles as much as possible. This is because he is pressed on two sides: on one side, because just a short while ago he received Communion, and on the other, because he will receive again in just a short while.

H/T: Sabornost (here) St. Maximus the Confessor’s Contribution to the Problem of Transcending the Createdness, by Bishop Maxim Vasilijevic
“….  man, who is endowed with the ability to relate and to participate, desires (consciously or unconsciously) his “being” (τὸ εἶναι) to be a permanent and continuous possibility (εὖ ἀεὶ εἶναι) and not just a phenomenal presence. He desires to actively experience the participation in life without death, in a true existence that is incorrupt, in a life, which does not go hand in hand with the “natural” course of existence. What are the limiting factors, which prevent man’s “existence” from participating in a perfect loving communion? For one, that he is a created thing, and secondly, man’s fall. Let us take a look at the second factor. According to Maximus, the crucial factor alongside the fall is the perversion of the possibility of communion, since the ecstatic movement of man, having become limited to created things, does not allow for the entire creation or nature to be ecstatic towards something outside itself, that is, toward the Creator. Everything man does (his every movement) is ecstatic, however, the present diseased ecstatic condition does not lead out of the whirlpool of death. Maximus considers that the current disposition of the human spirit, the irrational yearning of the soul, nature’s direction toward itself, and man’s going astray, is a direct result of this. Hence, the fall did not destroy the nature of things, but rather impaired its communion with God; the fall caused differences ( διαφορὰ ) to become separations ( διαίρεσις) and persons to become individuals. (“Division”, a critical notion in Maximus’s thought, designates fragmentation and separation.) Similarly, now theosis refers not to the deification of the natural being, but rather to the transformation of the “pathogenic” mode of its being (a transformation which entails not more or less than a “new birth”), offering divine participation. In a word, creation on its own can no longer commune with God because of its natural limitations as well as its own fall, which generates opposition to God.

Professor Bogoljub Sijakovic, professor at the Orthodox Theological School in Belgrade, writes in this issue of Pravoslavlje in defense of catechism taught in schools. He says, among other things, something very thought provoking:

“The contents of catechism as a school subject are a part of education and culture in general, in a very specific sense: not only is there no culture without a cult – i.e. religion- but there is no cult without a sacrifice; in the center of both Christian faith and catechism and culture is Sacrifice, that is Christ. The eucharistic commemoration of this Sacrifice defines the Christian culture as a culture of commemoration (remembrance). Today, the so-called “cultural-entertaining life” is, in fact, an industry of forgetting, which is based on a (pseudo) cultural forgetfulness. Like Odysseus’ men when they ate the lotus and then forgot about going back to their homeland, namely, they forgot their fathers, brothers, wives, children (they forgot their identity: who they are and where they come from; Odysseus Book IX), and many today forget what European culture is and where it came from.” 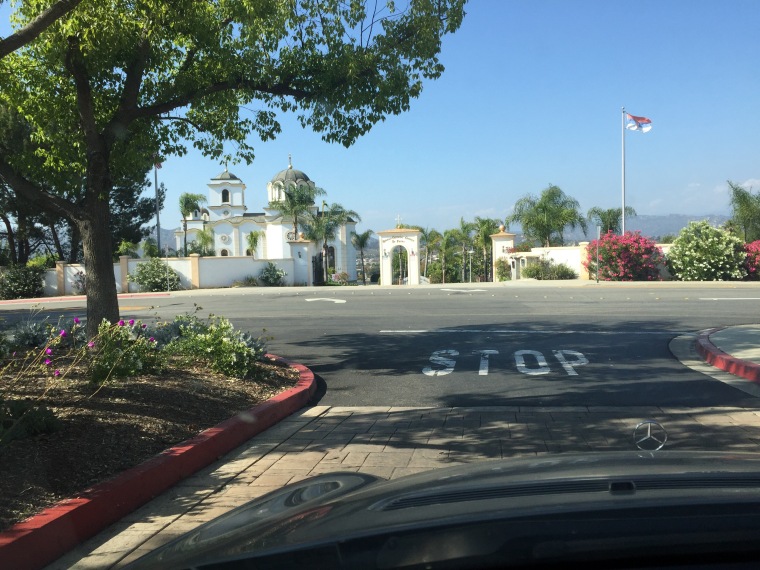 “…when Jacob finished commanding his sons, he drew his feet up into the bed and breathed his last…Then Joseph commanded his servants the physicians to embalm his father….Forty days were required for him, for such are the days required for those embalmed….”