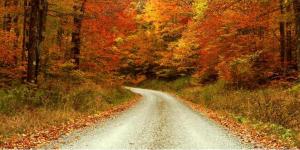 Compassion is founded on love for someone: love renders the other party as it were, another “self,” one with you. Sentimentality is grounded in self-love: it makes one sad not as the result of the suffering of the other person, but rather from one’s own ruined mood; instead of striving to put an end to suffering in the world, it strives to put the images of suffering out of one’s field of vision.

Art and literature predispose the human soul toward imitation, toward emotional involvement in a given situation. One who becomes accustomed to feeling the emotional state of characters on stage, in TV series, and in novels, himself begins to function as an actor, “playing at life.” Art encourages the development of an elevated fluidity in the state of one’s mind – often to a pathological level – and to an emotional transfer to the given image one faces. Love is pained for the other person; it is pained because that person is feeling pain. Sentimentality feels pain for itself; it is pained because a negative image of someone else’s suffering has intruded upon its consciousness and evoked negative, unpleasant emotions.

Love is grounded in a desire for others’ good, while sentimentality rests on a desire for personal emotional comfort. It sees the suffering of others as an unpleasant dissonance in its personal emotional peace. A sentimental person cannot love; rather, he can fall in love, create idols for himself, serve them, and with them, fill up his soul. The flip side of sentimentality is cruelty. For a sentimental person, what lies beyond the bounds of direct experience is foreign and inconsequential. In Saint-Exupery’s “Le Petit Prince,” the author blurts out: “Should my little star go out, what care I for all Creation.” In other words, that little star with which I have fallen in love is more important to me than all Creation.

A sentimental person is ready to weep at the sight of a sick dog and at the same time remains deaf and indifferent to the suffering of millions of people, just as long as he does not have to see their suffering. Sentimentality is not love, but rather, morbid impressionability, chronic, suppressed hysterics taking the place of love.

9 thoughts on “What Distinguishes Compassion from Sentimentality”